Writing to Change the World - Anna Seghers, Authorship, and International Solidarity in the Twentieth Century 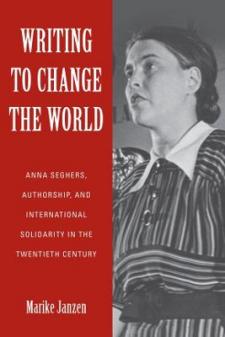 In the twentieth century, leftist authors around the world understood their writing as an act of solidarity, but their common project was obscured by the end of the Cold War and the dismantling of socialist states. This book begins to recover the global history of solidarity as a principle of authorship, taking Anna Seghers (1900-1983), one of the most important German writers of her time, as an exemplar. Like other leftist authors in other languages and contexts, Seghers emphasized how people are implicated in global economic inequality and efforts to change it. Writing to Change the World introduces Seghers's concept of solidarian authorship by telling the story of an award, still in existence today, that she bequeathed to support East German and Latin American authors. The book then follows the history of the idea by reading Seghers alongside prominent contemporaries: the German playwright and poet Bertolt Brecht in the 1930s, the Cuban novelist Alejo Carpentier in the 1960s, and the Indian scholar and theorist Gayatri Chakravorty Spivak in the 1980s. These writers thematized and critiqued solidarity, often by depicting characters who forge connections across borders. In doing so, they also commented on the literary institutions that fostered their own work. Providing new evidence for Seghers's global relevance beyond German literature, Writing to Change the World argues for the continued significance of solidarity both as a model of global authorship and as a framework for analysis of world literature. In doing so, it refocuses attention on global structures of inequality and collective imaginings of a better world.