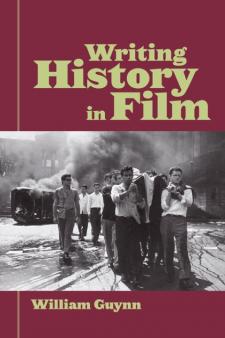 Historical film has been an important genre since the earliest silent films. The French Revolution, the American Civil War, the conquest of the New World, World War II--all have been repeatedly represented in film. But how do we distinguish between fictionalized spectacle and authentic historical representation? Writing History in Film sets out the narratological, semiological, rhetorical, and philosophical bases for understanding how film can function as a form of historical interpretation and representation. With case studies and an interdisciplinary approach, William Guynn examines the key issues facing film students and scholars, historians, and anyone interested in how we see our historical past.