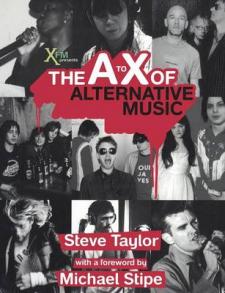 The A to X of Alternative Music

"The A to X of Alternative Music" is a survey of the most influential bands of the last 30 years. It covers those bands and artists who have rejected the mainstream in favour of innovation, originality and the pursuit of their own unique musical identity. These are the acts who have inspired other musicians, helped define the culture of their times and won devoted followings. From "A Certain Ratio" to "Frank Zappa", via "The Fall", "Mogwai", "New York Dolls" and "Sonic Youth", over 200 written entries build up to offer a unique perspective on contemporary music. Each entry concludes with album recommendations, while a closing 'ones to watch' section covers some of the most exciting new acts to have arrived on the alternative scene in the last five years. "The A to X of Alternative Music" is guaranteed to tell you things you never knew about your favourite bands, introduce you to new artists and provoke passionate debate between music lovers. Unafraid to court controversy in its judgements, inclusions and omissions, and engagingly written and illustrated throughout, this is the essential reference companion for anyone who loves music made - and listened to - outside the mainstream.