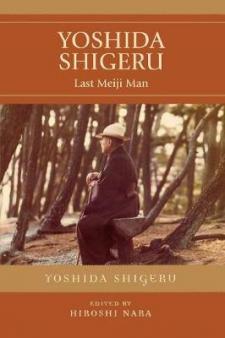 The most complete autobiography of Yoshida Shigeru available in English, this expanded translation of his memoirs traces the remarkable life and times of one of Japan's most powerful and influential figures. Yoshida (1878-1967), who served in China and Europe as a career diplomat, closely linked with the key political leaders who shaped the world in Japan's most tumultuous years in the first half of the twentieth century. He returned to politics to rebuild Japan as a five-time prime minister after the devastation of World War II.

Yoshida retired from the Japanese Foreign Ministry in 1939 with the intention of leading a quiet life. Yet he knew the winds of war were stirring and presciently began behind-the-scenes maneuvering to avoid the calamitous Pacific War. Soon after Japan's defeat, Yoshida amassed the political power to form his own cabinet. Sandwiched between Japan's interests and major reforms advanced by MacArthur's occupation forces, Yoshida boldly pushed through many essential reforms, laying the foundation for his country's reentry into the global community.

Richly laced with historical detail, this book will be essential reading for anyone interested in twentieth-century Japan. Exploring Yoshida's and Japan's linked histories, the book traces Yoshida's lengthy tenure in China, his travel abroad as a member of Japan's mission to conclude World War I, the interwar years spent as a high-ranking diplomat in Europe, his role in the days leading up to the Pearl Harbor attack, his view on the loss of war, his insights into MacArthur's character, Japan's postwar economic woes, the new constitution, the threat of communism, the imperial system, and the San Francisco Peace Conference in 1958 that guaranteed Japan's sovereignty.