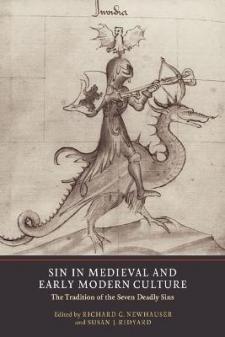 The tradition of the seven deadly sins played a considerable role in western culture, even after the supposed turning-point of the Protestant Reformation, as the essays collected here demonstrate. The first part of the book addresses such topics as the problem of acedia in Carolingian monasticism; the development of medieval thought on arrogance; the blending of tradition and innovation in Aquinas's conceptualization of the sins; the treatment of sin in the pastoral contexts of the early Middle English Vices and Virtues and a fifteenth-century sermon from England; the political uses of the deadly sins in the court sermons of Jean Gerson; and the continuing usefulnessof the tradition in early modern England. In the second part, the role of the tradition in literature and the arts is considered. Essays look at representations of the sins in French music of the thirteenth to the fifteenth centuries; in Dante's Purgatorio; in a work by Michel Beheim in pre-Reformation Germany; and in a 1533 play by the German Lutheran writer Hans Sachs. New interpretations are offered of Gower's "Tale of Constance" and Bosch's Tabletop of the Seven Deadly Sins. As a whole, the book significantly enhances our understanding of the multiple uses and meanings of the sins tradition, not only in medieval culture but also in the transition from the medievalto the early modern period.