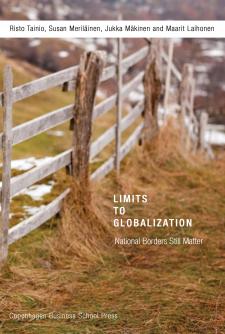 This book is about the limits to globalization. Companies are neither as international nor as open as commonly presented. Scholars of globalization have mainly concentrated on describing the global reach of companies as well as their outward openness.

They have, to a large extent, neglected the other side of the coin: the strength of the companies national roots and the inward restrictions still widely imposed by their nation-states.

The Limits to Globalization examines this neglected side of globalization.

The limits are explored through four major themes:

First, the enduring characteristics of national business systems are highlighted.

Second, the significance of national roots and local markets in the strategies of multinational companies is illustrated.

Third, cultural and social barriers to globalization are demonstrated.

Fourth, the changing relations between business and politics in the interconnected world are discussed.