Medieval Anchorites in their Communities 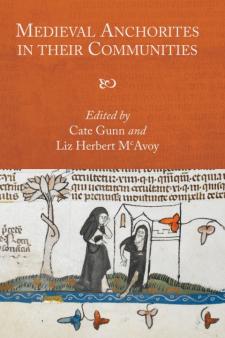 Essays challenging the orthodox opinion of anchorites as entirely divorced from the world around them.Much of the research into medieval anchoritism to date has focused primarily on its liminal and elite status within the socio-religious cultures of its day: the anchorite has long been depicted as both solitary and alone, almost entirely removed from community and living a life of permanent withdrawal and isolation, in effect dead to the world. Considerably less attention has been afforded to the communal sociability that also formed part of the reclusivelife during the period, The essays in this volume, stemming from a variety of cross-disciplinary approaches and methodologies, lay down a challenge to this position, breaking new ground in their presentation of the medievalanchorite and other types of enclosed solitary as playing a central role within the devotional life of the communities in which they were embedded. They attest also to the frequent involvement of anchorites and other recluses in local, national and, sometimes, international matters of importance. Overall, the volume suggests that, far from operating on the socio-religious periphery, as posited previously, the medieval anchorite was more often found at theheart of a sometimes intersecting array of communities: synchronic and diachronic; physical and metaphysical; religious and secular; gendered and textual. CATE GUNN has taught in the Continuing Education and LiteratureDepartments of the University of Essex; LIZ HERBERT MCAVOY is Professor of Medieval Literature at Swansea University. Contributors: Diana Denissen, Clare Dowding, Clarck Drieshen, Cate Gunn, Catherine Innes-Parker, E.A. Jones, Dorothy Kim, Liz Herbert McAvoy, Godelinde Perk, James Plumtree, Michelle Sauer, Sophie Sawicka-Sykes, Andrew Thornton OSB,