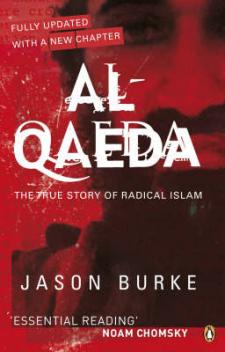 Jason Burke's bestseller "Al-Qaeda: The True Story of Radical Islam" shows Islamic militancy to be a far broader phenomenon than previously thought, demolishing the myths that underpin the 'war on terror'. Prize-winning journalist Jason Burke's "Al-Qaeda" - now updated with new material on Iraq, Afghanistan and the July 2005 London bombings - is acknowledged to be the most accurate, readable and expert account yet of the complex nature of Islamic extremism. Burke has spent a decade reporting from the heart of the Middle East and gaining unprecedented access to the world of radical Islam. Drawing on his frontline experience of recent events, on secret documents and astonishing interviews with intelligence officers, Taliban foot soldiers, militants, mujahedeen commanders and Osama bin Laden's associates, he reveals the full story of al-Qaeda. "A must-read...Jason Burke's book is the one that will last. It's a triumph". ("Guardian"). "If you read one book about the troubles, make it Jason Burke's "Al-Qaeda"". (Tony Parsons). "Essential reading". (Noam Chomsky). "An indispensable guide to the multidimensional reality of Al-Qaeda". (John Gray).
Jason Burke is the South Asia correspondent for the "Guardian". He has reported around the world for both the "Guardian" and the "Observer". He is the author of two other widely praised books, both published by "Penguin: The 9/11 Wars" and "On the Road to Kandahar". He lives in New Delhi.