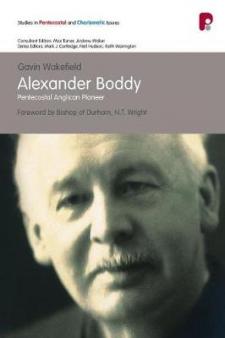 European Pentecostalism was fortunate in having the wise and balanced leadership of the evangelical Anglican Alexander Boddy at its disposal during the formative years of the early 1900s. This well-researched and vivid book tells the story of how Boddy helped to define the doctrine and stance of the first generation of Pentecostals. Wakefield brings to life the vigorous discussion of charisma that occupied the minds of early Spirit-filled believers. He charts Boddy's training, explains his beliefs and his spirituality, records his personal and pastoral work in northeastern England and explains the style and direction of his leadership. Boddy was an important figure, even a great man and now for the first time a full-length biography of his life and work is available.