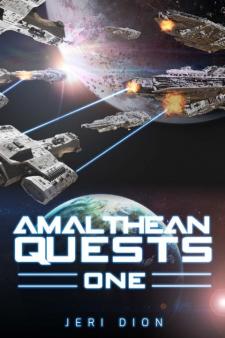 Space could be a lonely and hostile place especially if you were 21 yearons old and a lone female. Tayce Traun was that female. A young privileged daughter of a commodore cast out in the dead of night when her home world is destroyed by a powerful evil countess and her warrior army. For the first three yearons Tayce fights to keep her exploration cruiser, Amalthea One, from falling into the wrong hands with help from the on board guidance and operation’s computer, who is her only friend and companion. Tayce vowed that she would avenge the death of her parents and the destruction of her home planet. She has an idea to create a crime fighting team and call it the Amalthean Quests Team. The new journey starts and slowly one by one new members join the team.