By Whitney & Phyllis A. 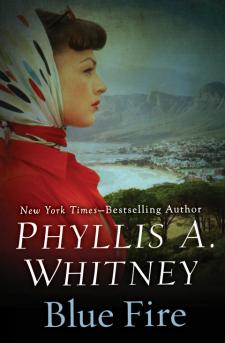 A bride is swept up in family secrets and the blood diamond trade when she returns to South Africa in this novel by a New York Timesbestselling author. When Chicagoan Susan Hohenfield brings her new husband, Dirk, to her childhood home in Cape Town, it's with the innocence of a young girl. She remembers only the beauty of South Africaand the pain of being abandoned by her father. Now, with a new perspective, she sees a country destroyed by apartheid. And her father, once accused of diamond smuggling, seems not the ogre she imagined, but a broken man powerless against the prison term that wrenched him from his daughter's arms. At least that's the story Susan has been told. But she'll discover the truth as this intimate family reunion raises grave and troubling new questions. Why is the man responsible for her father's fate still lingering in the shadows? Why has Dirk's former lover arrived with threats and incriminations? And why does Susan feel like a stranger in her own home? Now, in a place that is at once strange and familiar, charged with fear and intrigue, Susan must confront a dangerous past that isn't quite through with her. More than a classic gothic tale, Blue Fire is one of the first novels to deal with the turmoil in South Africa. It was written nearly three decades before the dismantling of apartheid and a half-century before the film Blood Diamond would bring attention to the devastating effects of the smuggling trade. This ebook features an illustrated biography of Phyllis A. Whitney including rare images from the author's estate.