By Michael B. Miller 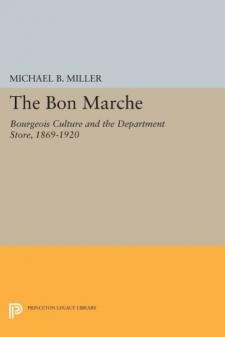 In this comprehensive social history of the Bon Marche, the Parisian department store that was the largest in the world before 1914, Michael Miller explores the bourgeois identities, ambitions, and anxieties that the new emporia so vividly dramatized. Through an original interpretation of paternalism, public images, and family-firm relationships, he shows how this new business enterprise succeeded in reconciling traditional values with the coming of an age of mass consumption and bureaucracy. Originally published in 1981. The Princeton Legacy Library uses the latest print-on-demand technology to again make available previously out-of-print books from the distinguished backlist of Princeton University Press. These editions preserve the original texts of these important books while presenting them in durable paperback and hardcover editions. The goal of the Princeton Legacy Library is to vastly increase access to the rich scholarly heritage found in the thousands of books published by Princeton University Press since its founding in 1905.