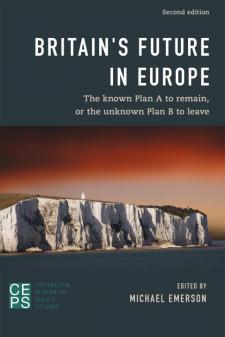 Following the agreement made by Prime Minister David Cameron with the EU on 18-19 February 2016, the day for the referendum for the UK to remain in or leave the EU is set for 23 June 2016. This will be the most important decision taken by the British people in half a century, and whose consequences will live on for another half century. The first edition of this book, published in March 2015, laid the foundations for any objective assessment of the workings of the EU and the UK’s place in it. It was widely acclaimed and rated as “a myth-breaking exercise of the best kind”. This second edition adds a substantial new chapter following Cameron’s agreement with the EU and announcement of the referendum. It reviews both the ‘Plan A’, namely the status quo for the UK in the EU as amended by the new agreement, and three variants of a ‘Plan B’ for secession. The key point is that the ‘leave’ camp have not done their homework or ‘due diligence’ to specify the post-secession scenario, or how the British government would face up to the challenges that this would bring. The authors therefore do the ‘leave’ camp’s homework for them, setting out three Plan Bs more concretely and in more depth than the ‘leave’ camp have been able or wanted to do, or any other source has done. The book is therefore unique and essential reading for anyone concerned with the fateful choice that lies soon ahead.