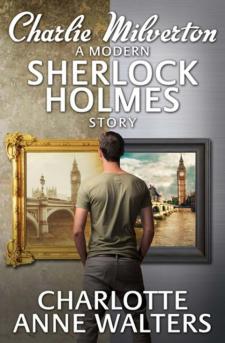 A modern re-working of Sir Arthur Conan Doyle’s classic Sherlock Holmes story, Charles Augustus Milverton. Instead of the Victorian world of debutants and stolen love letters, we have a fallen tabloid editor capitalising on the nation’s thirst for celebrity gossip and threatening to expose a young pop star for a dalliance caught on a security camera. On the advice of her security manager, ex Scotland Yard detective Gareth Lestrade, Milverton’s blackmail victim consults Sherlock Holmes. Irascible, difficult, eccentric but brilliant, Holmes brings the full weight of his intellect to bear on this new case despite the obstinacy of his opponent. And it all provides a very welcome distraction for his ex flat-mate John Watson whose book about their adventures together had done little to rescue him from his midlife crisis. Or make his wife happy. First story in a series of five modern Sherlock Holmes adventures based on original works by Sir Arthur Conan Doyle.