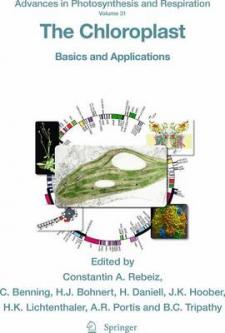 As the industrial revolution that has been based on by higher photosynthetic efficiencies and more utilization of fossil fuels nears its end [R. A. Ker biomass production per unit area. (2007) Even oil optimists expect energy demand to According to Times Magazine (April 30, 2007 outstrip supply. Science 317: 437], the next indus- issue), one fifth of the US corn crop is presently trial revolution will most likely need development converted into ethanol, which is considered to burn of alternate sources of clean energy. In addition cleaner than gasoline and to produce less gre- to the development of hydroelectric power, these house gases. In order to meet a target of 35 billion efforts will probably include the conversion of gallons of ethanol produced by the year 2017, the wind, sea wave motion and solar energy [Solar Day entire US corn crop would need to be turned into in the Sun (2007) Business week, October 15, pp fuel. But crops such as corn and sugarcane cannot 69-76] into electrical energy. The most promising yield enough to produce all the needed fuel. F- of those will probably be based on the full usage thermore, even if all available starch is converted of solar energy. The latter is likely to be plenti- into fuel, it would only produce about 10% of ful for the next 2-3 billion years. Most probably, our gasoline needs [R. F.