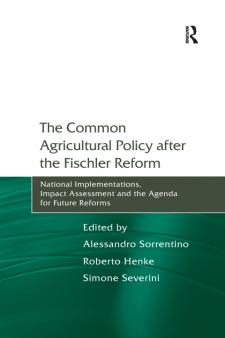 Providing an updated state of the art report on the effects of the 2003 Common Agricultural Policy (CAP) reform, this volume has a particular emphasis on the governance of institutional changes and national/regional implementation. Written from an agricultural economist's point of view and enriched by the contribution of political scientists and policy makers, this book offers: - an updated report of the European debate on agricultural and rural policies; -an in-depth analysis of the decoupling process of the agricultural financial support in Europe; - an analysis of the CAP implementation in the old and new Europe Member States ; - a discussion on the future scenarios for the European Agricultural Policies Based on a selection of papers from the 109th Seminar of the European Association of the Agricultural Economists (EAAE), this book, with a foreword by Franz Fischler, also includes four commissioned contributions from leaders in the field including Sofia Davidova, Roberto Esposti, Tassos Haniotis and Johan Swinnen.