Confessions of a Dying Mind 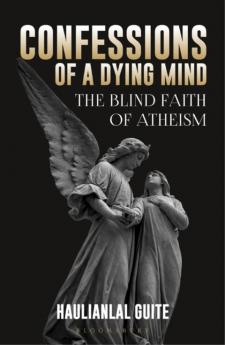 For thousands of years, philosophers have been struggling to prove God. To modern atheists, these are monumental failures. Atheism, then, is the rational position. Or is it? By combining the most sophisticated philosophies (falsification, scientific method, confirmation holism) with the most advanced sciences (quantum, relativity, evolution theories), &quote;Confessions Of A Dying Mind&quote; takes a fresh look at this oldest and profoundest anxiety of man. Uniquely, the book is a novelized nonfiction - indeed, &quote;the first philosophical novel on God&quote;. The story is set in the near-death experience of the atheistic protagonist, Albert Dyers. Its central plot proceeds as an adventurous investigation, argument after argument ... till a certain conclusion becomes inescapable. &quote;Confessions&quote; is laced with novel ideas found nowhere else. It is narrated in a highly readable language for all educated laypersons to comprehend with relative ease. The book is therefore a must-read for theists, atheists, and everyone else interested in exploring the relationship of God and science, in light of leading developments.