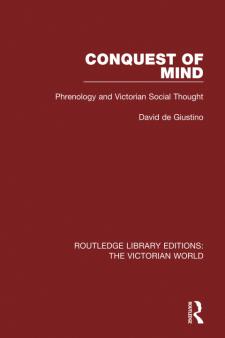 First published in 1975. This study examines one of the popular scientific philosophies of the nineteenth-century. The first part deals with the reception and diffusion of phrenology in Britain, its usefulness to various professions, and its challenge to traditional religion. The second part considers the application of phrenology in two separate social movements: prison reform and national education. This title will be of interest to students of history and philosophy.