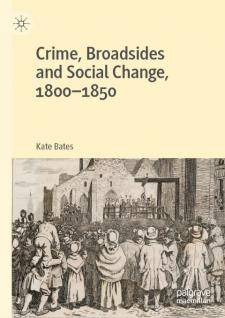 This book explores the form, function and meaning of crime and execution broadsides printed in nineteenth-century Britain. By presenting a detailed discourse analysis of 650 broadsides printed across Britain between the years 1800-1850, this book provides a unique and alternative interpretation as to their narratives of crime. This criminological interpretation is based upon the social theories of Emile Durkheim, who recognised the higher utility of crime and punishment as being one of social integration and the preservation of moral boundaries. The central aim of this book is to show that broadsides relating to crime and punishment served as a form of moral communication for the masses and that they are examples of how the working class once attempted to bolster a sense of stability and community, during the transitional years of the early nineteenth century, by effectively representing both a consolidation and celebration of their core values and beliefs.