The Dark Ground of Spirit 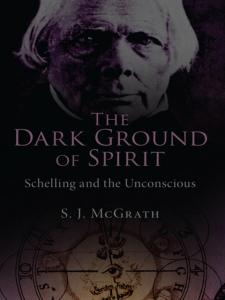 Friedrich Wilhelm Joseph Schelling is widely regarded as one of the most difficult and influential of German philosophers. In this book, S. J. McGrath not only makes Schelling's ideas accessible to a general audience, he uncovers the romantic philosopher's seminal role as the creator of a concept which shaped and defined late nineteenth- and early twentieth-century psychology: the concept of the unconscious. McGrath shows how the unconscious originally functioned in Schelling's philosophy as a bridge between nature and spirit. Before Freud revised the concept to fit his psychopathology, the unconscious was understood largely along Schellingian lines as primarily a source of creative power. Schelling's life-long effort to understand intuitive and non-reflective forms of intelligence in nature, humankind and the divine has been revitalised by Jungians, as well as by archetypal and trans-personal psychologists. With the new interest in the unconscious today, Schelling's ideas have never been more relevant. The Dark Ground of Spirit will therefore be essential reading for those involved in psychoanalysis, analytical psychology and philosophy, as well as anyone with an interest in the history of ideas.