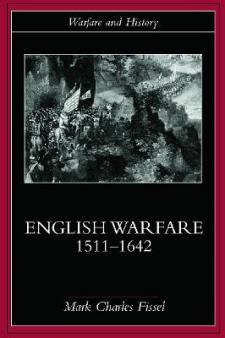 English Warfare 1511-1642 chronicles and analyses military operations from the reign of Henry VIII to the outbreak of the Civil War. The Tudor and Stuart periods laid the foundations of modern English military power. Henry VIII's expeditions, the Elizabethan contest with Catholic Europe, and the subsequent commitment of English troops to the Protestant cause by James I and Charles I, constituted a sustained military experience that shaped English armies for subsequent generations.
Drawing largely from manuscript sources, English Warfare 1511-1642 includes coverage of:
*the military adventures of Henry VIII in France, Scotland and Ireland
*Elizabeth I's interventions on the continent after 1572, and how arms were perfected
*conflict in Ireland
*the production and use of artillery
*the development of logistics
*early Stuart military actions and the descent into civil war.
English Warfare 1511-1642 demolishes the myth of an inexpert English military prior to the upheavals of the 1640s.