The Exegesis of Philip K. Dick 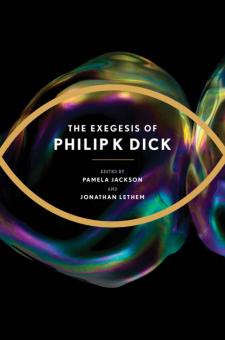 A glimpse into the mind of the bestselling science fiction author through a collection of his personal, metaphysical, religious, visionary writings.Based on thousands of pages of typed and handwritten notes, journal entries, letters, and story sketches,The Exegesis of Philip K. Dickis the magnificent and imaginative final work of an author who dedicated his life to questioning the nature of reality and perception, the malleability of space and time, and the relationship between the human and the divine. Edited and introduced by Pamela Jackson and Jonathan Lethem, this will be the definitive presentation of Dick's brilliant, and epic, final work.InThe Exegesis, Dick documents his eight-year attempt to fathom what he called ';2-3-74,' a postmodern visionary experience of the entire universe ';transformed into information.' In entries that sometimes ran to hundreds of pages, Dick tried to write his way into the heart of a cosmic mystery that tested his powers of imagination and invention to the limit, adding to, revising, and discarding theory after theory, mixing in dreams and visionary experiences as they occurred, and pulling it all together in three late novels known as the VALIS trilogy.In this abridgment, Jackson and Lethem serve as guides, taking the reader through theExegesisand establishing connections with moments in Dick's life and work.The e-book includes a sample chapter fromA Scanner Darklyby Philip K. Dick.';A dyspeptic dystopian's mad secret notebooks, imposing orderat least of a kindon a chaotic worldFascinating and unsettling.'Kirkus Reviews