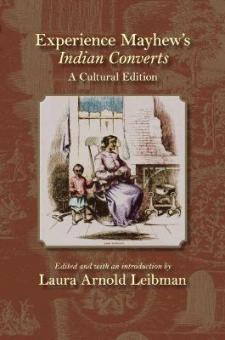 This is a new scholarly edition of an important primary text in Native American studies.First published in 1727, under the title ""Indian Converts"", or Some account of the lives and dying speeches of a considerable number of the Christianized Indians of Martha's Vineyard, in New-England, Experience Mayhew's history of the Wampanoag Indians on Martha's Vineyard provides a rare look at the lives and culture of four generations of Native Americans in colonial America. Dividing his treatment into four sections - Indian Ministers, Good Men, Religious Women, and Pious Children - Mayhew details the books that different age groups were reading, provides insights into early New England pedagogy and childrearing practices, and describes each individual in terms of genealogy, religious practice, way of life, and place of residence. In addition to drawing on his own firsthand knowledge of the community and transcriptions of oral testimony he and others collected, Mayhew inserts translations of Wampanoag texts that have since been lost.Although the book has been out of print since the early nineteenth century, scholars have long recognized its importance for understanding the history of New England's Native communities. In an extensive introduction to this new scholarly edition, Laura Arnold Leibman places Indian Converts in a broader cultural context and explores its significance. She shows how Mayhew's biographies illuminate the theological upheavals that rocked early eighteenth-century New England on the eve of the Great Awakening, shifts that altered not only the character of Puritanism but also the landscape of Wampanoag religious and cultural life.An accompanying online archive that includes over 600 images and documents further contextualizes Mayhew's work and provide suggestions for students' investigations of the text.