Franco and the Condor Legion 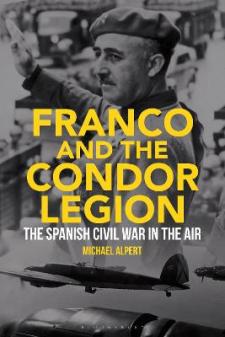 The Spanish Civil War was fought on land and at sea but also in an age of great interest in air warfare and the rapid development of warplanes. The war in Spain came a turning point in the development of military aircraft and was the arena in which new techniques of air war were rehearsed including high-speed dogfights, attacks on ships, bombing of civilian areas and tactical air-ground cooperation. At the heart of the air war were the Condor Legion, a unit composed of military personnel from Hitler's Germany who fought for Franco's Nationalists in Spain. In this book, Michael Alpert provides the first study in English of the Spanish Civil War in the air. He describes and analyses the intervention of German, Italian and Soviet aircraft in the Spanish conflict, as well as the supply of aircraft in general and the role of volunteer and mercenary airmen. His book provides new perspectives on the air war in Spain, the precedents set for World War II and the possible lessons learnt.