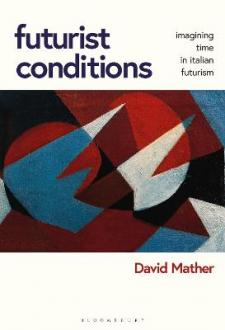 Italian futurism visualized diverse types of motion, which had been rooted in pervasive kinetic and vehicular forces generated during a period of dramatic modernization in the early twentieth century. Yet, as David Mather's sweeping intellectual and art historical scholarship demonstrates, it was the camera-not the engine-that proved to be the primary invention against which many futurist ideas and practices were measured.

Overturning several misconceptions about Italian futurism's interest in the disruptive and destructive effects of technology, Futurist Conditions provides a refreshing update to the historical narrative by arguing that the formal and conceptual approaches by futurist visual artists reoriented the possibly dehumanizing effects of mechanized imagery toward more humanizing, spiritual aims. Through its sustained analysis of the artworks and writings of Umberto Boccioni, Giacomo Balla, and the Bragaglia brothers, dating to the first decade after the movement's founding in 1909, Mather's account of their obsession with kinetic motion pivots around a 1913 debate on the place and relative import of photography among traditional artistic mediums-a debate culminating in the expulsion of the Bragaglias, but one that also prompted a range of productive responses by other futurist artists to world-changing social, political, and economic conditions.