The General Theory of Employment, Interest and Money 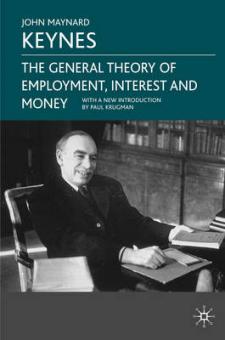 In 1936 Keynes published the most provocative book written by any economist of his generation. The General Theory, as it is known to all economists, cut through all the Gordian Knots of pre-Keynesian discussion of the trade cycle and propounded a new approach to the determination of the level of economic activity, the problems of employment and unemployment, the causes of inflation, the strategies of budgetary policy. Arguments about the book continued until his death in 1946 and still continue today. Despite all that has been written in the subsequent years, Keynes and his book still represent the turning-point between the old economics and the new from which each generation of economists needs to take its inspiration and its point of departure towards fresh attempts to carry his work further. This new edition features a new Introduction by Paul Krugman which discusses the significance and continued relevance of The General Theory.