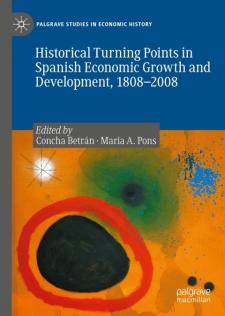 This book analyses the main historical turning points in the Spanish economy and the related challenges it faced.  It focuses on six turning points that changed the direction of the Spanish economy, and identifies the economic, social or political origin of these watersheds.  It also compares the Spanish trajectory with the international one, exploring the macroeconomic context in which these turning points happened, as well as the external and internal constraints on domestic political choices for a small country like Spain. The book focuses on how Spain faced up to each turning point, the reforms that were implemented, the differences between the Spanish response and that of other countries, the results of the policies enacted and what problems were not tackled. This is an interesting and unique perspective as most of the turning points in economic history are generally studies from the viewpoint of core countries such as the UK, US or Germany.  The ultimate objective is to learn useful lessons from Spanish economic history in order to better face future turning points.