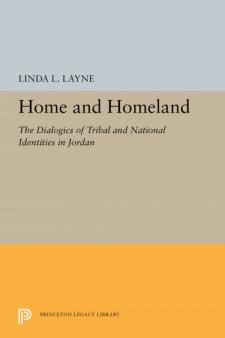 In this provocative examination of collective identity in Jordan, Linda Layne challenges long-held Western assumptions that Arabs belong to easily recognizable corporate social groups. Who is a &quote;true&quote; Jordanian? Who is a &quote;true&quote; Bedouin? These questions, according to Layne, are examples of a kind of pigeonholing that has distorted the reality of Jordanian national politics. In developing an alternate approach, she shows that the fluid social identities of Jordan emerge from an ongoing dialogue among tribespeople, members of the intelligentsia Hashemite rulers, and Western social scientists.Many commentators on social identity in the Middle East limit their studies to the village level, but Layne's goal is to discover how the identity-building processes of the locality and of the nation condition each other. She finds that the tribes creates their own cultural &quote;homes&quote; through a dialogue with official nationalist rhetoric and Jordanian urbanites, while King Hussein, in turn, maintains the idea of the &quote;homeland&quote; in many ways that are powerfully influenced by the tribespeople. The identities so formed resemble the shifting, irregular shapes of postmodernist landscapes-but Hussein and the Jordanian people are also beginning to use a classically modernist linear narrative to describe themselves. Layne maintains, however, that even with this change Jordanian identities will remain resistant to all-or-nothing descriptions.Linda L. Layne is Alma and H. Erwin Hale Teaching Professor of Humanities and Social Sciences in the Department of Science and Technology Studies at Rensselaer Polytechnic Institute.Originally published in 1994.The Princeton Legacy Library uses the latest print-on-demand technology to again make available previously out-of-print books from the distinguished backlist of Princeton University Press. These editions preserve the original texts of these important books while presenting them in durable paperback and hardcover editions. The goal of the Princeton Legacy Library is to vastly increase access to the rich scholarly heritage found in the thousands of books published by Princeton University Press since its founding in 1905.