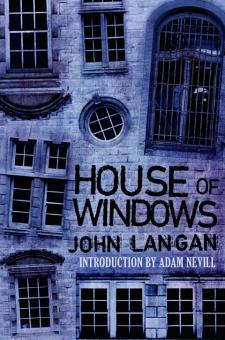 The haunting debut novel by the Bram Stoker Award-winning author';think Henry James and Joyce Carol Oates with just a few paragraphs of Joe Lansdale' (Tor.com). For the last few years, Veronica Croydon has been at the center of scandal, first as the younger woman for whom her famous professor left his wife, and then as his apparent widow. When a writer staying at the same vacation home as Veronica has the chance to hear her story, he jumps at it. What follows takes him to the dark heart of a fathers troubled relationship with his only son, in a story that stretches from the Hudson Valley to Afghanistan; and from post-9/11 America to Victorian England. House of Windowsis a haunting exploration of a marriage under strain from forces both psychological and paranormal. With its combination of literary complexity and chilling supernatural violence, it is widely considered a masterpiece of contemporary horror fiction. New introduction by Adam NevillReading Group Guide included ';John Langan is a writer of superb literary horror. BothHouse of WindowsandThe Fishermanare dark and unsettling contemporary masterpieces.' Peter Straub,New York Timesbestselling author