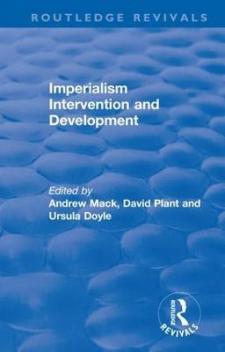 Originally published in 1979 Imperialism, Intervention and Development provides an introduction to key issues in international politics in the post-World War II era. The emphasis is on conflict - particularly the confrontation between East and West and the contention between rich industrialised nations and the poor 'developing' nations. The book debates the causes of Western intervention, expansion and counter-revolution in the Third World and the consequences of that intervention for economic development. The spectrum and depth of the articles is both comprehensive and varied, including examples of 'mainstream' academic perspectives on the issues examined, incorporating many of the radical critiques of these mainstream approaches. Other more basic material, presupposing little prior knowledge in the field is concerned is also included.