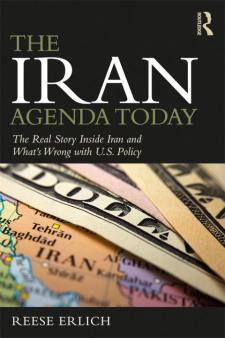 Based on frequent, first-hand reporting in Iran and the United States, The Iran Agenda Today explores the turbulent recent history between the two countries and reveals how it has led to a misguided showdown over nuclear technology. Foreign correspondent Reese Erlich notes that all the major U.S. intelligence agencies agree Iran has not had a nuclear weapons program since at least 2003. He explores why Washington nonetheless continues with saber rattling and provides a detailed critique of mainstream media coverage of Iran. The book further details the popular protests that have rocked Tehran despite repression by the country's Deep State. In addition to covering the political story, Erlich offers insights on Iran's domestic politics, popular culture, and diverse populations over this recent era. His analysis draws on past interviews with high-ranking Iranian officials, the former shah's son, Reza Pahlavi, and Iranian exiles in Los Angeles, as well as the memory of his trip to Tehran with actor Sean Penn.Written in skillful and riveting journalistic prose, The Iran Agenda Today provides inside information that academic researchers find hard to obtain.