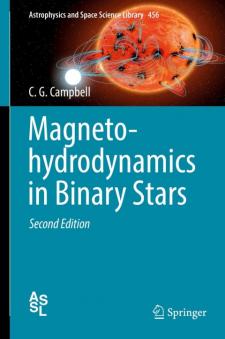 Magnetic stresses were discussed as a possible means of angular momentum transport in the development of accretion disc theory, in the late sixties and early seventies. Interest in the role of magnetic fields in close binary stars steadily increased after the discovery of the nature of AM Herculis in 1976. The observed lack of an accretion disc and the synchronous rotation of the white dwarf suggested strong magnetic effects, consistent with the high degree of optical polarization. Similar systems were soon discovered. Evidence for large magnetic fields was subsequently found in the X-ray binary pulsars and the intermediate polar binaries, both believed to include systems with partially disrupted accretion discs. A magnetically channelled wind from the main sequence secondary star has been invoked to explain the higher mass transfer rates observed in binaries above the period gap, and in an explanation of the gap. Magnetically influenced winds from accretion discs have been suggested as contributing to the inflow by removing angular momentum. Magnetism in binary stars is now an area of central importance in stellar astrophysics. Magnetic fields are believed to playa fundamental role even in apparently non-magnetic binaries. They provide the most viable means, through shear instabilities, of generating the turbulence in accretion discs necessary to drive the inflow via the resulting magnetic and viscous stresses.