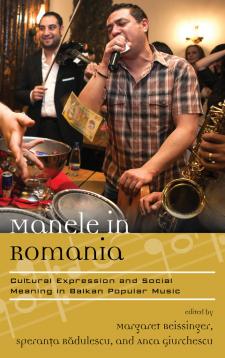 This edited volume examines manele (sing. manea), an urban Romanian song-dance ethnopop genre that combines local traditional and popular music with Balkan and Middle Eastern elements. The genre is performed primarily by male Romani musicians at weddings and clubs and appeals especially to Romanian and Romani youth. It became immensely popular after the collapse of communism, representing for many the newly liberated social conditions of the post-1989 world. But manele have also engendered much controversy among the educated and professional elite, who view the genre as vulgar and even “alien” to the Romanian national character. The essays collected here examine the “manea phenomenon” as a vibrant form of cultural expression that engages in several levels of social meaning, all informed by historical conditions, politics, aesthetics, tradition, ethnicity, gender, class, and geography.