In the Matter of Nikola Tesla 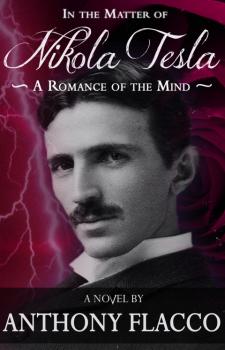 A fictionalized story of a true-life genius that “reads . . . like one of John le Carr[é]’s espionage novels” (New York Journal of Books).   This account of the inner life of Nikola Tesla—arguably the most influential inventor in history—is a work of speculative fiction that reveals a genius whose greatest desire was to share his inventions with the world. It offers a compelling portrait of his passionate side, especially his secret love for his muse Karina, a woman no one else can see who brings him life-altering inspirations.   Tesla’s love and obsession with Karina are the forces driving his work and motivating him in the face of a doubting world. Tesla maintains a loner’s life while working alongside some of the greatest financial and scientific powerhouses of the age, and faces constant temptation to stray from Karina and his life’s work. This portrait of a larger-than-life genius brings to light his very human side.   “Flacco does an admirable job of showing us a man who was sometimes the brilliant, prescient Master—the man with an eidetic memory—and sometimes the helpless dupe of lesser, venial men. . . . A beautifully crafted handling of a difficult—and not always sympathetic—subject.” —Historical Novel Society