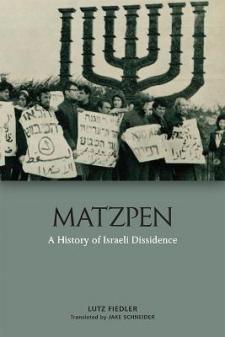 This book explores the history of the Israeli Socialist Organization - Matzpen (compass) - that splintered off from the Communist Party of Israel in 1962. After the Six Day War of June 1967, Matzpen shook Israeli society, calling for a withdrawal from the recently occupied territories, and placing itself outside the national consensus. Even before the war, the group emphasised the colonial dimension of the conflict between Israeli Jews and Palestinian Arabs, which was irresolvable within the paradigm of the nation-state. Matzpen instead advocated for Israel's de-Zionisation and a socialist revolution in the Middle East in order to both restore the rights of Palestinian Arabs and guarantee the existence of Israeli Jews as a new Hebrew nation. However, in the era after Auschwitz, when the Jewish world stood in almost unanimous solidarity with the Jewish state, Matzpen's radical perspective was at odds with the history and memory of the Holocaust. Against this backdrop, this study places Matzpen's political stance in its historical context and sheds new light on the political culture of Israel.