Memoir of the Life of Elizabeth Fry 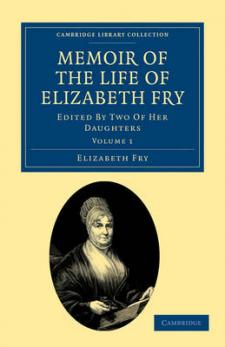 Elizabeth Fry (nee Gurney, 1780-1845) was descended from two wealthy Quaker banking families. Her Quaker faith was crucial to her adult life and she became active in social reform. Despite having eleven children, she was active in community work, and became a Quaker minister. Persuaded to visit the women's wing in Newgate Prison in 1813, she was appalled at the conditions in which the prisoners, and their children, lived. She became a pioneer in seeking to improve the situation for women in prisons and on transportation ships. The British Ladies' Society for Promoting the Reformation of Female Prisoners was probably the first national British women's society. Fry's ideas on the humane treatment of prisoners influenced international legal systems. This memoir, based on her letters and diaries, was edited by two of her daughters, and was first published in 1847. Volume 1 ends in 1825.