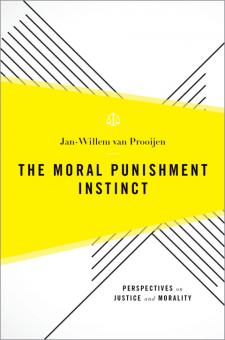 Punishment of offenders is one of the most universal features of human behavior. Across time and cultures it has been common for people to punish offenders, and one can easily find examples of punishment among ancient hunter-gatherers, in holy scriptures, in popular culture, and in contemporary courts of law. Punishment is not restricted to criminal offenders, but emerges within all spheres of our social life, including corporations, public institutions, traffic, sports matches, schools, parenting, and more. Punishment strongly influences what we think, how we feel, and what we do. The Moral Punishment Instinct asserts that people possess a hard-wired tendency to aggress against those who violate the norms of their group. We have evolved this instinct because of its power to control behavior by curbing selfishness and free-riding, thereby providing incentives to stimulate the mutual cooperation that ancient hunter-gatherers needed in order to survive in challenging natural environments. In this book, Jan-Willem van Prooijen methodically describes how punishment originates from moral emotions, stimulates cooperation, and shapes the social life of human beings. Guided by a host of recognizable and relatable examples, this book illuminates how the moral punishment instinct manifests itself among a variety of modern human cultures, children, tribes of hunter-gatherers, and even non-human animals-all while accounting for the role of this instinct in religion, war, racial bias, restorative justice, gossip, torture, and radical terrorism.