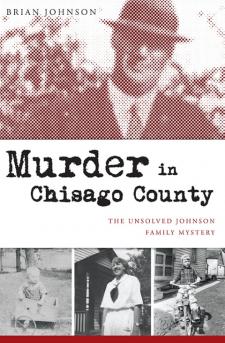 A Minnesota journalist breaks down the cold case that has beguiled a community and haunted his family for generations.    At 3:30 a.m. on April 11, 1933, neighbors and firefighters arrived at the farmhouse of Albin and Alvira Johnson to find a smoldering heap where a seemingly happy home once stood. Beneath the ruins, investigators found the bodies of Alvira and her seven children, but Albin's remains were nowhere to be seen. The authorities determined that Alvira and the children were dead before the fire, and fingers immediately pointed to Albin. Hundreds of searchers, including the illustrious Pinkerton Agency, combed the area and even crossed into Canada in pursuit of Johnson, who was indicted in absentia for murder. But he was never found, dead or alive. What happened to the Johnson family and what part, if any, Albin played in the tragedy remain a mystery . . .