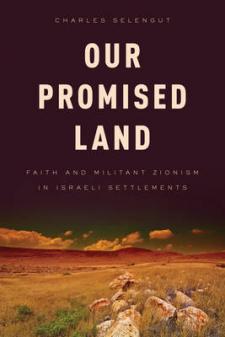 Our Promised Land takes readers inside radical Israeli settlements to explore how they were formed, what the people in them believe, and their role in the Middle East today. Charles Selengut analyzes the emergence of the radical Israeli Messianic Zionist movement, which advocates Jewish settlement and sovereignty over the whole of biblical Israel as a religious obligation and as the means of world transformation. The movement has established scores of controversial settlements throughout the contested West Bank, bringing more than 300,000 Jews to the area. Messianic Zionism is a fundamentalist movement but wields considerable political power.

Our Promised Land, which draws on years of research and interviews in these settlements, offers an intimate and nuanced look at Messianic Zionism, life in the settlements, connections with the worldwide Christian community, and the impact on the Israeli-Palestinian conflict. Selengut offers an in-depth exploration of a topic that is often mentioned in the headlines but little understood.