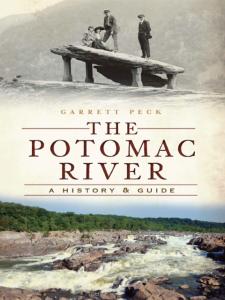 The story of the Potomac is the story of America—take a historic hike with this fascinating guide.   The great Potomac River begins in the Alleghenies and flows 383 miles through some of America's most historic lands before emptying into the Chesapeake Bay. The course of the river drove the development of the region and the path of a young republic. Maryland's first Catholic settlers came to its banks in 1634 and George Washington helped settle the new capital on its shores. During the Civil War the river divided North and South, and it witnessed John Brown's raid on Harper's Ferry and the bloody Battle of Antietam.    In this book, Garrett Peck leads readers on a journey down the Potomac, from its first fount at Fairfax Stone in West Virginia to its mouth at Point Lookout in Maryland. Combining history with recreation, Peck has written an indispensible guide to the nation's river.