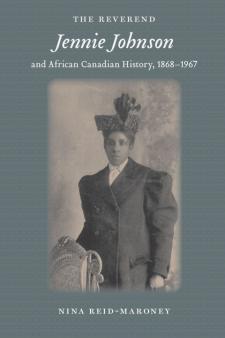 After her conversion at a Baptist revival at sixteen, Jennie Johnson followed the call to preach. Raised in an African Canadian abolitionist community in Ontario, she immigrated to the United Statesto attend the African Methodist Episcopal Seminary at Wilberforce University. On an October evening in 1909 she stood before a group of Free Will Baptist preachers in the small town of Goblesville, Michigan, and was received into ordained ministry. She was the first ordained woman to serve in Canada and spent her life building churches and working for racial justice on both sides of the national border.
In this first extended study of Jennie Johnson's fascinating life, Nina Reid-Maroney reconstructs Johnson's nearly one-hundred-year story -- from her upbringing in a black abolitionist settlement in nineteenth-century Canada to her work as an activist and Christian minister in the modern civil rights movement. This critical biography of a figure who outstripped the racial and religiousbarriers of her time offers a unique and powerful view of the struggle for freedom in North America.

Nina Reid-Maroney is Associate Professor in the Department of History at Huron University College at Western (London, Ontario) and a coeditor of The Promised Land: History and Historiography of Black Experience in Chatham-Kent's Settlements