The Roots of Violence 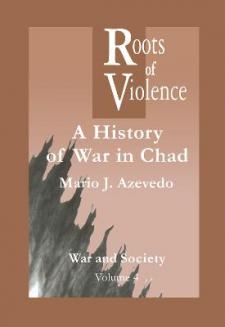 Examining conflict and warfare in Chad from both historic and contemporary perspectives, Mario Azevedo explores not only how violence has permeated and become almost an intrinsic part of the fabric of the central-eastern Sudanic societies, but how foreign interference from centuries ago to the present-day have exacerbated rather than suppressed the violence. Although the main objective of the volume is to understand present Chad, it provides comprehensive and analytical discussion of Chad's violent past. This strategy goes beyond putting the blame on the unwise and ethnic policies at Francois Tombalbaye or Felix Malloum; instead, Roots of Violence clarifies the role of violence in both pre- and post-colonial Chad and, thus, demythologizes many of the assumptions held by scholars and non-scholars alike.