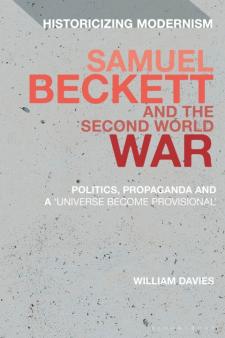 In the wake of the Second World War, Samuel Beckett wrote some of the most significant literary works of the 20th century. This is the first full-length historical study to examine the far-reaching impact of the war on Beckett's creative and intellectual sensibilities. Drawing on a substantial body of archival material, including letters, manuscripts, diaries and interviews, as well as a wealth of historical sources, this book explores Beckett's writing in a range of political contexts, from the racist dogma of Nazism and aggressive traditionalism of the Vichy regime to Irish neutrality censorship and the politics of recovery in the French Fourth Republic. Along the way, Samuel Beckett and the Second World War casts new light on Beckett's political commitments and his concepts of history as they were formed during Europe's darkest hour.