The Sites of Rome 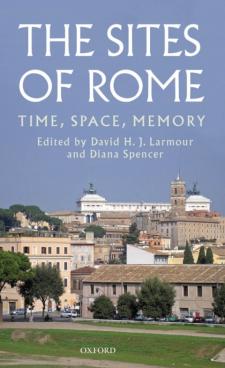 Rome was a building site for much of its history, a city continually reshaped and reconstituted in line with political and cultural change. In later times, the conjunction of ruins and rebuilding lent the cityscape a particularly fascinating character, much exploited by artists and writers. This layering and changing of vistas also finds expression in the literary tradition, from classical times right up to the twenty-first-century. This collection of essays offers glimpses, sideways glances and unexpected angles that open up Rome in its widest possible sense, and explores how the visible components of Rome - the hills, the Tiber, the temples, the Forums, the Colosseum, the statues and monuments - operate as, or become, the sites/sights of Rome.The analyses are informed by contemporary critical thinking and draw on ancient historical narrative, Roman poetry, Renaissance literature and cartography, art of the Grand Tour era, Russian and Soviet interpretations, and twentieth-century cinema.