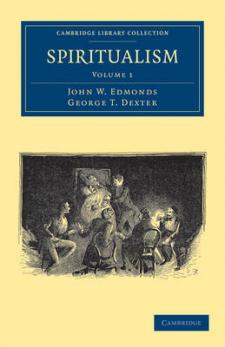 John W. Edmonds (1799-1874), a prominent New York judge, and George T. Dexter, a New York physician, met though their shared interest in the spirit world. They were both dabbling in the spiritualist movement - first with scepticism - and decided to join forces in their investigations of such phenomena as 'spirit-rappings'. Dexter eventually found himself 'fully developed as a writing medium', with his pen controlled by unseen forces. Their conclusions, published in 1853 in Spiritualism, which went into numerous editions and was followed in 1855 by a second volume, caused much controversy. Drawing from their observations, the work gives examples of the authors' purported interaction with the spirit world and their journey from doubt to belief. Volume 1 includes detailed introductions by both authors explaining their experience with spiritualism, which are followed by the letters from two spirits - nicknamed 'Sweedenborg' and 'Bacon' - who communicated their thoughts through Dexter.