Stratagem of the Corpse 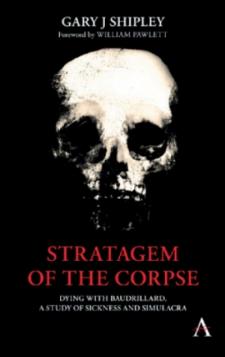 This book is unique in its dedicated tackling of the subject of death in the work of Jean Baudrillard. Through new readings of his work, juxtaposed with philosophical (Schopenhauer, Kant) and artistic (Jeremy Millar, Ron Mueck) examples along with films (Norte, the End of History; Ida), the book makes so patently clear the importance of Baudrillard's tendency to poeticize, his core indebtedness to Georges Bataille, Alfred Jarry, and others, and his reliance on paradox. Ultimately, Stratagem of the Corpse is less a making sense of death and more a transcript of what occurred when death made sense of us, a reverse thanatology in which death delineates the variant forms of our encroachment, not so much death as seen by Baudrillard but Baudrillard as seen by death.Examples of Baudrillardian simulacra, depersonalization, detachment, violence, obscenity, Baudrillard's notion of the 'perfect crime', and nihilism are incisively discussed. The book makes a compelling case for why Baudrillard is relevant and necessary.