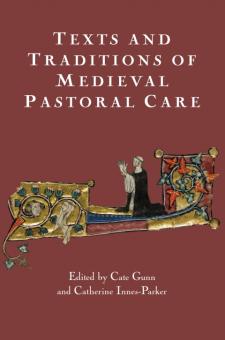 Pastoral and devotional literature flourished throughout the middle ages, and its growth and transmutations form the focus of this collection. Ranging historically from the difficulties of localizing Anglo-Saxon pastoral texts tothe reading of women in late-medieval England, the individual essays survey its development and its transformation into the literature of vernacular spirituality. They offer both close examinations of particular manuscripts, and of individual texts, including an anonymous Speculum iuniroum, the Speculum religiosorum of Edmund of Abingdon and later vernacular compositions and translations, such as Handlyng Synne and Bonaventure's Lignum Vitae. The reading and devotional use of texts by women and solitaries is also considered. They therefore form an appropriate tribute to the work of Bella Millett, whose research has done so much to advance our knowledge of the field.