What A Girl Loves 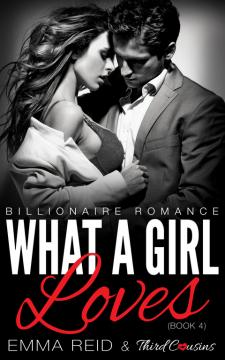 Sarah has decided that supporting Rob is the right thing to do, even if it puts her in an awkward position. She knows that with the loss of his father he’s going to need her when he returns home to a place that he hasn’t been in years. She’s worried, though. She’s worried about how his sisters are going to treat her after his father took such a disliking to her, and told her she would never be part of the family.
Robert is nervous about going home. He hasn’t seen his sisters in years and he knows to expect anything but a warm welcome. He manages to navigate his way through the awkward conversations with them when he realizes that all they care about is getting their hands on their father’s money. Things seem straightforward enough. He’s due to inherit everything and that means his sisters have to play nice. But when it comes to light that his father has put a pretty heavy stipulation on his will, things are no longer as simple as they seem.