What Is a Slave Society? 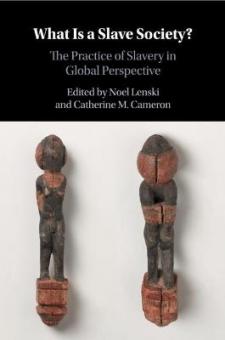 The practice of slavery has been common across a variety of cultures around the globe and throughout history. Despite the multiplicity of slavery's manifestations, many scholars have used a simple binary to categorize slave-holding groups as either 'genuine slave societies' or 'societies with slaves'. This dichotomy, as originally proposed by ancient historian Moses Finley, assumes that there were just five 'genuine slave societies' in all of human history: ancient Greece and Rome, and the colonial Caribbean, Brazil, and the American South. This book interrogates this bedrock of comparative slave studies and tests its worth. Assembling contributions from top specialists, it demonstrates that the catalogue of five must be expanded and that the model may need to be replaced with a more flexible system that emphasizes the notion of intensification. The issue is approached as a question, allowing for debate between the seventeen contributors about how best to conceptualize the comparative study of human bondage.