Worms in the Winecup 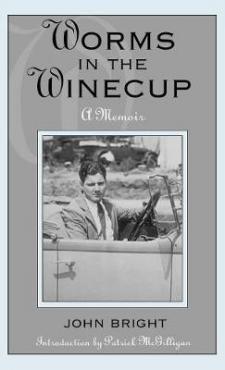 Worms in the Winecup is the extraordinarily hard-hitting autobiography of John Bright, a screenplay writer who gained a major reputation with his first Hollywood script, Public Enemy, the classic gangster drama starring James Cagney. The book provides a vivid, often savage, commentary on Hollywood and the motion picture industry, with uncompromising portraits of Darryl F. Zanuck, Mae West, Errol Flynn, John Barrymore, B. P. Schulberg, Walter Wanger, John Howard Lawson, Elia Kazan, and countless others, including his writing partners, Kubec Glasmon and Robert Tasker. Bright writes of the Communist Party in Hollywood, the Hollywood Anti-Nazi League, and the House Committee on Un-American activities. At times bitter, at times tragic, this book is refreshingly frank and open, so much so that it could never have been published while John Bright was still alive. Bright is honest as he discusses his wartime experiences and his "exile" in Mexico. Complete with a filmography and an introduction by distinguished film historian Patric McGilligan, Worms in the Winecup is both entertaining and thought-provoking. An emotional and insightful read for students of political history, film scholars, screenwriters, and film enthusiasts.